Today is the cover reveal for Finding the Cure by Cassandra Giovanni. This cover reveal is organized by Lola’s Blog Tours. 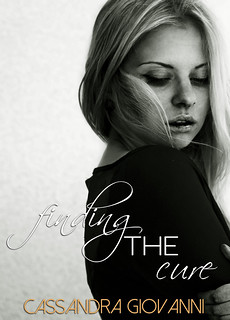 Blurb:
Ellie Abela’s life has been anything but easy. Tragedy follows her where ever she goes, and she’s been a lot of places. At twenty she’s lived in over ten different states, all because of her dad’s career in medical research. His career is just another list of the causes of tragedies in El’s life. He’s dying, and with every breath he takes closer to Heaven, Ellie dies a little bit inside too.
At twelve she lost her mom in a drunk driving accident, and in a matter of months she fears she’ll lose the last person she has in the world to cancer.
While Ellie’s life has been rife with sadness, Trent Wentworth’s has been a challenge. A drug-addicted mom and a dead-beat dad meant at twenty three he was the adoptive father of his two year old sister. Now at twenty five he’s working his way up the corporate ladder and a struggling single parent.
Each is searching for a cure to the things in their lives dragging them down.
Not all cures are black and white; not all cures save us–and sometimes saving isn’t what we need. Sometimes we just need to realize how lucky we are to be alive, at least for this moment.

You can find Finding the Cure on Goodreads

Excerpt:
I wrapped my fingers around the steering wheel, and it squeaked with the pressure as my knuckles turned white. The sound echoed through the car as my grip continued to tighten. I used to wonder if it was harder to know you’re going to die, or just dying without the ability to say goodbye. The tears began to stream down my face as I sped down the highway. The guardrails were just silver blurs as I hammered the gas.
I shouldn’t have wondered it. My life was cruel punishment for the thought. The question should’ve been what’s harder, never getting to say goodbye or knowing that every breath could be goodbye?
My chin trembled as my eyes fell to the speedometer.
I was going too fast.
The highway was too straight; a never ending path in front of me that I wanted to drive on until I fell off the edge of the Earth.
I already had, hadn’t I?
My eyes lashes fluttered, the drops of tears weighing them down.
Never getting to say goodbye.
I knew that evil. God, did I know that evil. The look on Dad’s face as the phone slipped from his hands, the words forming at his lips never reaching my ears.
I read them.
I knew them.
The shock hit my body, and I desperately wanted to feel something–anything besides the rolling waves of pain. That numbness weighted down my limbs as the physical ache coursed through my veins. The anger and pain crushed down on me until my chest was so tight I couldn’t breath. Then I had Dad– he was always there, despite his own pain. His warmth overtook the shocking cold of loss. He broke the edges that hardened on my soul.
Knowing that every breath could be goodbye.
Now.
That was now.
I lifted my foot off the gas, letting the car slow until I pulled over and stopped. My head dipped between my shoulders as my chest heaved with a sob. I let my hands drop to my lap, red lines marking them where my skin had met too tightly with itself. The tears puddled in my palms.
I knew he was going to die. There was nothing that could stop it. I had to watch it. The pillar of strength when Mom died was withering into nothing in front of my eyes. The numbness that hit me when Mom died was a constant part of my life; it never left. I had just gotten better at hiding it. The chains around what was left of my heart tightened with each passing day. Each day meant there was one less breath. Who would save me now?
My eyes rose to the black sky above me.
There was no cure for Dad.
There was no cure for me. 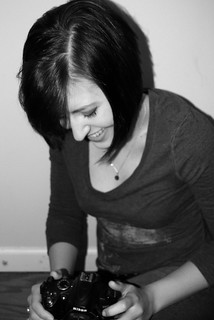 About the Author:
Cassandra doesn’t remember a time when she wasn’t writing. In fact, the first time she was published was when she was seven years old and won a contest to be published in an American Girl Doll novel. Since then Cassandra has written more novels than she can count and put just as many in the circular bin. Her personal goal with her writing is to show the reader the character’s stories through their dialogue and actions instead of just telling the reader what is happening. Besides being a writer, Cassandra is a professional photographer known for her automotive, nature and architectural shots. She is happily married to the man of her dreams and they live in the rolling hills of New England their dogs, Bubski and Kanga.

Cassandra Giovanni is published by Show n’ot Tell Publishing based out of Connecticut, USA